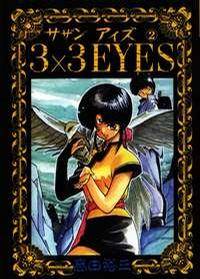 Yakumo Fujii was just like any other 16-year-old Japanese high school student. Well, his father did disappear in Tibet four years ago while searching for a legendary race of three-eyed beings, and Yakumo was forced to take a job as a waitress in a gay bar to support himself. But that was nothing compared to the strange girl Yakumo literally ran into one day on the way to work. She called herself Pai, and she carried a letter that Yakumo\'s father wrote just before he died. The note claimed that Pai was the last of the three-eyed race Prof. Fujii had spent his life searching for, a race with the power of eternal youth, the Sanjiyan Unkara.