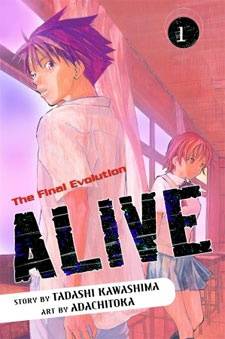 Taisuke Kanou is your average 16-year-old student. He has two close friends, Hirose and Megumi. Hirose has trouble with bullies, but Taisuke is always their to defend him, even though he just winds up getting beaten instead of Hirose. During class one day, Taisuke is hit by something unworldly and for that split second, he sees a vision of the universe. As he\\\'s walking home from school, he sees a girl fall and die if front of him, but his first thought is jealousy. He later finds out that the strange sensation that hit him is spreading throughout Japan. Those who are struck by it either commit suicide or evolve, but the comrades have evolve usually have dark intentions for the rest of the world. (Source:ANN)