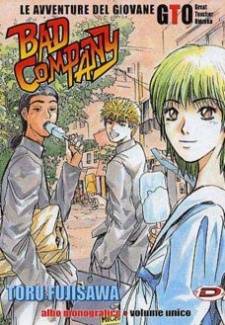 Before Eikichi Onizuka became a legend, before Onibaku, before he became GTO, he was just a normal junior high school delinquent. Getting into fights with his seniors, trying to pick up girls and just hanging out with his friends. Bad Company is a compilation of many short stories, linked together with the characters of Eikichi, Ryuji and their school buds. Such stories involve the origins of Eikichi`s bike, which we see frequently in GTO, the first meeting with the Midnight Angel and many other.