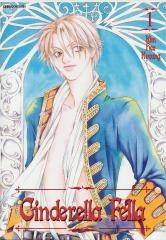 Shin Gyu Yun is the heir of the Shin Oong Group and the self-proclaimed prince of Korea s economy. However, he has a secret. Since his father left them before Shin was born, he cant help but clean things due to his past of helping out his mother with the chores. It was not until that Shin s mother died in an accident that he came to know his scheming step-sisters by moving into his father s estate. The step-sisters conspire to make him lose his position... but could that have made him fall in love with a low-class girl? ----------- Shin is the heir of a large group but his situation is precarious. His unstable father ran off with his mother and married her. He stayed for a year but when they ran out of money he went back to his family leaving his wife to raise their son. After his mother died Shin was sent to live with his family which included a stepmother and stepsisters. He has a complex where he needs perfection and must have things clean to his standards. His sisters are trying to overthrow him. Will Shin be able to best them?