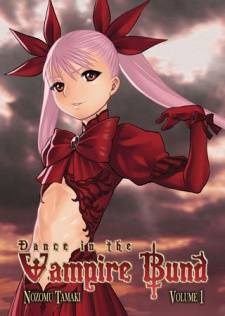 Dance in the Vampire Bund

Dance in the Vampire Bund

From Seven Seas: After millennia in hiding, Mina Tepes, the Princess of the ancient covenant and ruler of all vampires, wants change. Using the vast wealth of the Tepes line, she has paid off the entire gross national debt of Japan and in so doing, gained the authority to create a "special district" off the coast of Japan that is to become the future haven to vampires the world over! Now, on the eve of the landmark press conference announcing the existence of vampires to the world, terrorists and rival factions are plotting to assassinate Mina Tepes before she has a chance to make her world-changing announcement.