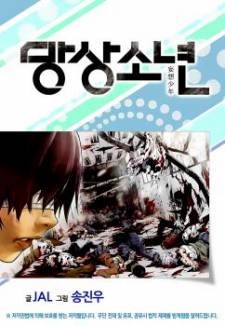 A boy’s terrifying dream that brings an end to humanity that is rotting. A high school student named ‘Gi Haru’, who has an illness that prevents him from differentiating between reality and delusions. His only friends are his studious friend ‘Kang Yul’ and girlfriend ‘Kang Lee Ha’. However one day, after seeing a hallucination of a Nazi assembly during his friend Kang Yul’s poetry recitation, the school falls into a pandemonium of hell where everyone is killing each other, but Gi Haru believes it to be another one of his delusions. However, that was the blunt truth. That ‘day, where the mass murder of the entire student body took place,’ (The starting day) Gi Haru kills his girlfriend Kang Lee Ha with his own hands, is betrayed by his one and only friend Kang Yul, and ends up losing both his eyes. Afterwards, he was detained in a mental institute as the culprit of massacring the entire student body, but after receiving help from the capable group of ‘panthers’ he begins to chase after Kang Yul and begins the road of vengeance.