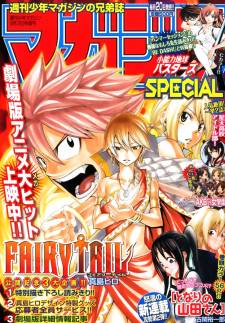 Celestial wizard Lucy wants to join the Fairy Tail, a guild for the most powerful wizards. But instead, her ambitions land her in the clutches of a gang of unsavory pirates led by a devious magician. Her only hope is Natsu, a strange boy she happens to meet on her travels. Natsu's not your typical hero - but he just might be Lucy's best hope. Fairy Tail won the 2009 Kodansha Manga Award for shounen manga. It has also won The Society for the Promotion of Japanese Animation's Industry Awards for best comedy manga.