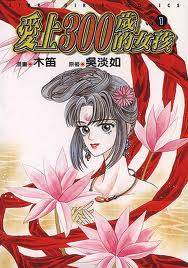 Falls in Love with a 300 Year Old Girl

Falls in Love with 300-Year-Old Girl

Lin Zuning was recently dumped by his girlfriend. Depressed and angry, he rode his motorcycle in the rain. Speeding as he went, he was met with an accident and broke his leg. He thought that he would be stranded there before someone rescues him, but instead he saw a little girl. Her name is Yulan and she is an angel working under divine orders to cause such accidents. It was an encounter that would change both of their lives. The story revolves around the angel's three lives reincarnated in Ancient China - all in which she meets and falls in love with the same person, but due to fate, she can never be together with him. And so starts a bittersweet story between Lin Zuning and Yulan, as they slowly discover just how much their fates are intertwine together in their past lives.