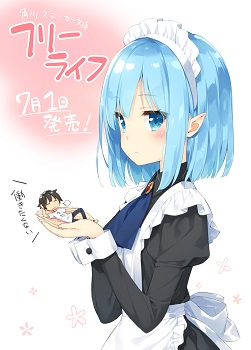 Takahiro got transported into the VR game he was playing 3 years ago and got the same skills he was playing with. Takahiro is a "Punisher", he can even kill Gods so basically a hero, but he decided to not do anything particular, he just wants to laze around all day instead. He works as a Jack-of-all-Trades, meaning he does every kind of work people asks him, like walking the dog or helping out in a shop. His elf maid Yumiel is the only one who can force him to even get up in the morning and do some work. Though when it comes to helping people who are in truble he doesn't hesitate to do so.