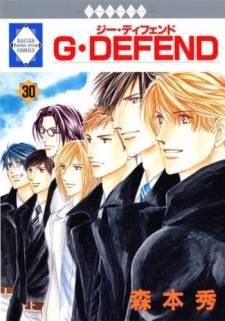 Ishikawa Haruka is the 8th Instructor for the Japanese Diet Security Team and Anti-Terrorism Squad. The group has cycled through 7 Kyoukans in as many years due to their inevitable targeting by terrorist groups, until Ishikawa took the position in 2022. As intelligent and composed as he is, he would not have lasted long if not for the constant protection of his bodyguard and Assistant Instructor Iwase Motohisa. Iwase rarely lets Ishikawa out of his sight for even a moment, and is fiercely devoted to the charismatic leader. In fact, the entire force is enamored with Ishikawa, which only adds to his ability to command respect and adoration from the team. Now, the real test for Ishikawa is not only surviving the constant barrage of terrorist threats, but also the affection of the squad... (Source: Senshigakuen)