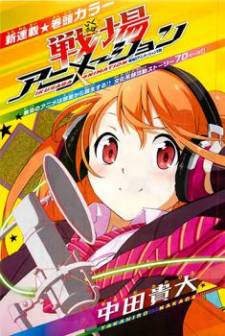 From Dan of Population GO: Hachiya Mitsuka has a voice straight out of an anime. In the past she was bullied because of the way her voice sounded and had no friends, thus when she entered High School she wanted a different life, she wanted to have friends. After school on the first day of class a classmate, Kanisawa Kansai, hears Mitsuka's voice after she tried to hide it. But instead of shunning her he instead asks to be a voice actor for his anime!