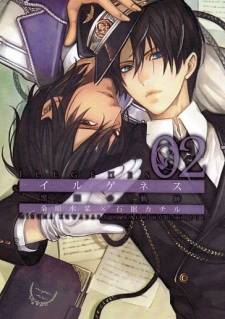 The island of Ilegenes is home to an internationally renown genetic engineering research institution. In addition to their research involving genetic manipulation, a dark underground organization exists called the Black Market. Great profit is gained from the mass production of clones and the sale of human bodies. Thus, people refer to Ilegenes as the place God has turned away from—The Genetic Sodom. Fon F. Littenber enrolled in the Ilegenes military school to become strong. He wants to avenge his parents deaths by destroying the Black Market organization. Fon is a cool, collected young man whose attitude and parentage separate him from his peers. His father is Professor Littenber, the father of Genetic Sodom and the authority on brain research. Due to this, Fon is targeted by rival students and nasty rumors that claim he was subjected to genetic manipulation at the hands of his father. What awaits Fon in Ilegenes?