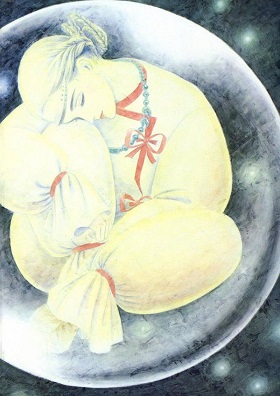 Why do people seek the presence of a god? About twelve thousand years ago, there was a world in ancient Japan where people was able to make contact with the divine. One day, a boy named Takaya picked up an abandoned baby. The baby was named Toko and was raised to become the sister of Takaya. When Toko turned seven years old, the village that they were living at was raided by a cabal of demon gods. Takano, Toko and Aohiko survive the raid and they encounter the followers of Demigod which were against the Demon gods...A Mind-blowing Science Fiction Saga unveils!!