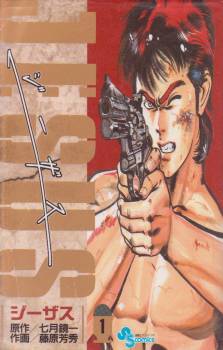 Jesus is about a high profile assassin who plans to fake his own death, laying low from all the mafia's hitman and the FBI that is after him. He plans to live out the rest of his life by using the money he got from the drug smuggling he stole from the mafia gangs-one of the reason he got chased. Somehow, his plan fails and he couldn't get those drugs his old time friend hid for him because it somehow got concealed in a school's wall, with a super strength blackboard on top of it. He has no choice but to pose as a high school teacher to guard his stash. While he tries to pretend to be an ordinary citizen as much as possible, hoping that he won't got caught, he often get involved with cases after cases dealing with crime and criminal. Will his true identity got busted? How much can he tolerate living his life in a normal world?