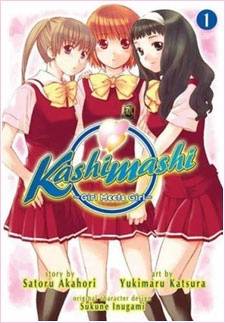 Hazumu Osaragi, a rather feminine boy, confessed his crush on his classmate Yasuna Kamiizumi but was turned down. Later that day, he was hit and killed by an extraterrestrial spacecraft falling on Earth but then resurrected by alien technology -- as a girl. While his (now her) childhood friend Tomari Kurusu, who had a secret crush on him, found it difficult to accept the reality, Kamiizumi came back and tried to approach Osaragi actively, for the reason she turned Osaragi down is now vanished.