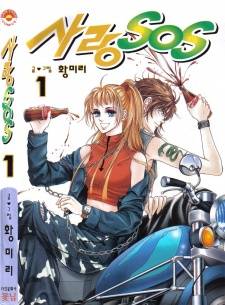 The main character is Dan-bi, the daughter of a Yakuza boss. One night, the father she loves more than anything is killed before her eyes. The killers blind her, making her father`s death the last thing she sees with her own eyes. Her mother sends the wounded Dan-bi to Korea, where she has an eye transplant. From then on, Dan- bi is to be a good girl, live with her aunt, and stay out of trouble. Dan-bi does her best, maneuvering between her aunt’s boy-crazy daughter and son, the Jjang. Things get complicated when her aunt`s adopted son turns out to be connected to the mysterious boy who looked in on Dan-bi when she was in the hospital. This boy always looks so sad, and once he even asked for permission to kiss Dan-bi`s eyes