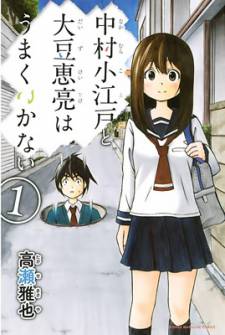 Nakamura Koedo is in love with Daizu Keisuke, who’s been going to the same middle school as her. But despite being in the same class, they have never talked to each other for three years. Whenever Koedo wants to get closer to him, something always goes wrong. When she got to sit next to him, she gets a cold. When they were chosen as uniform models for a school leaflet, she can’t fix her bed head. When they were scheduled to run in the sports festival’s relay race, it gets canceled. It’s like their relationship is cursed before it even began. Now that they are about to enter high school, will she finally be able to convey her feelings to Daizu-kun? This manga is about Koedo’s and Daizu-kun’s daily life and the bizarre twists of fate they encounter. For when these two are together, things are never going well!