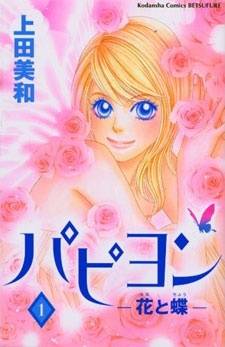 Ageha, an ordinary (and rather unpopular) girl, is constantly overshadowed by her popular and beautiful twin sister, Hana. Because Ageha grew up in the countryside with their grandmother while Hana was raised by their parents, the two girls ended up with drastically different personalities.For the most part, Ageha remains a silent and hidden student in the school, with only one friend (who is not all that nice either). In fact, nobody even really knows that she is Hana s twin sister, because despite looking alike, there is still a large gap between their levels of beauty and popularity. When Hana finds out that Ageha has a crush on a cute boy named Ryuusei (who is actually Ageha s childhood friend from the countryside), Hana becomes curious about their relationship.However, after hearing that Ryuusei hates people like Hana, Hana becomes irritated and using her charming personality, actually manages to snag Ryuusei as her boyfriend! Ageha is left with no one, but thanks to the strange new school counselor, and some unexpected allies, Ageha decides to do her best to get Ryuusei back.