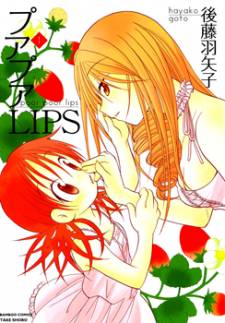 Nako is a poverty-stricken 21 year-old in desperate need of a job. She applies for a job at a jewelry store. When shop owner Ren identifies herself as a lesbian, the competition for the position evaporates, leaving only Nako. Ren asks her if her sexual orientation will be a problem, Nako sensibly replies that she's not interested, so she doesn't see any problem. The comic is a a series of 4-koma strips, and range from beating Nako's state of poverty to death (as in the strip where she's about to eat bread crusts for lunch and is mistaken for feeding the birds) and to Ren's privilege and her orientation. But never in a mean way. Nako's not entirely naive, but she's not entirely clueful either, which makes for a nice mix of goofy silly and plain funny.