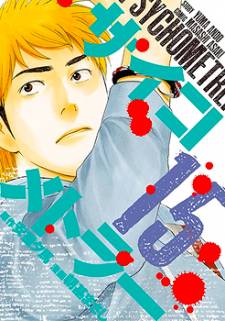 Asuma Eiji has the gift of psychometric power, meaning he can touch people or objects and see their history in images and words. Most of the time, Eiji is just a delinquent high school kid who hangs out with his friends and neglects his schoolwork. However, his psychic abilities have brought him to the attention of police inspector Shima Ryoko, who often calls him in to help out with difficult cases. Currently, there's a serial killer loose in the city who has just claimed his sixth victim. He kills young women, contorts their bodies into odd shapes, and uses spray paint on them. With Eiji's psychic help, will Ryoko be able to catch the murderer? This is a remake with some differences of Psychometrer Eiji.