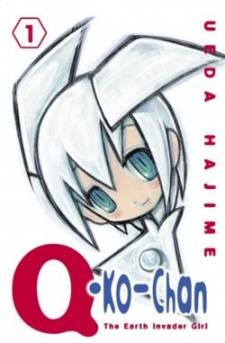 In the near-future on planet Earth, a world gone mad where never-ending war is a fact of life, Kirio is the coolest kid at school. Up in the sky, a giant robot is fighting a fleet of gunships, but the brilliant and distant Kirio is far from fazed—until the battling 'bot makes an unexpected landing in Kirio's front yard and rings the bell. But the worst threat for Kirio could be what stands on the other side of the door: an alien invader robot with the face of an adorable girl! (Source: Del Rey)