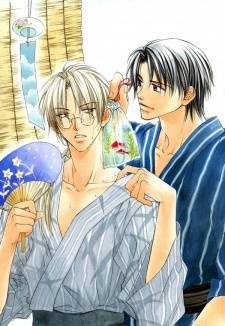 The Tyrant Who Falls in Love

Graduate student Souichi Tatsumi is demanding, violent, tyrannical... and a homophobe. So, it is unfortunate that his best assets are a beacon to the homosexual eye: his ass and crotch. Unfortunate, indeed--for both him and his underclassman -slash- lab assistant, Tetsuhiro Morinaga, who is hopelessly in love with those assets despite the threat to his own personal safety. Morinaga longs to tell Tatsumi how he feels, not to mention other longings... but, given Tatsumis personality, Morinaga has a better chance of winning the lottery. It is a hot romantic comedy about love