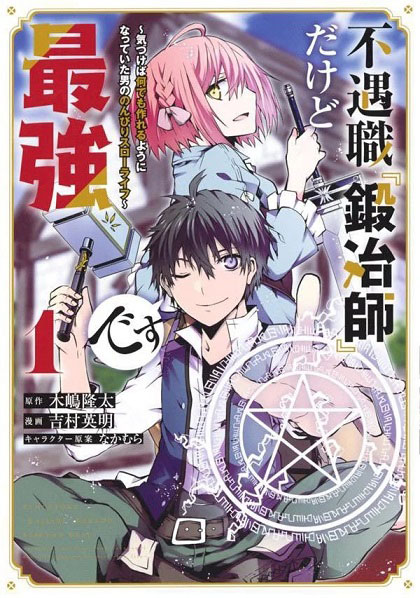 The Weakest Occupation "Blacksmith," but It's Actually the Strongest

God gives the people of this world jobs and weapons that are called Divine Treasures.There was a rumor that the treasure lacked the strength of human-made weapons.Because of this, occupations that were referred to as "blacksmiths" and are able to create and modify weapons are regarded as the weakest. The main character, Relius, who has landed such a low-paying job.He worked in an inn after giving up his dream of going on adventures and realizing that he could make "Anything."He, who was doing what he liked, found out about the relationships he had with beautiful girls and famous nobles.