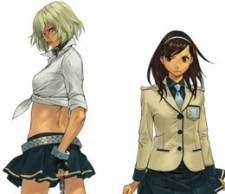 In the 2020’s the Japanese female culture was extremely corrupted in the eyes of the first women prime minister. To bring back the beauty of Japanese femininity, she created the Amazon Academy, a girls-only school, on an artificial island isolated in the middle of the Pacific Ocean. Amesu Kumi just transferred into Amazon Academy to investigate the death of her older sister, Towa, who also attended the school until she died in a shroud of mystery. The only clue she has is the name Burai Sachiko left in Towa’s cell phone. How could Kumi have known that the school literally turns into a battlefield when classes are over; where petite girls beat each other senseless in order to survive.