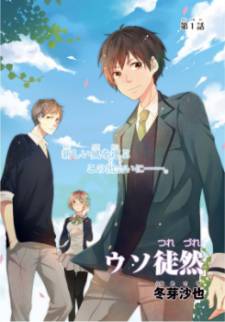 Some time ago, there was a kid who was harassed by his companions in light of his legitimate, direct identity. This kid was become a close acquaintence with by a sibling and-sister couple who promised to be his companions until the end of time. Tragically, the kid's family moves away, prompting their juvenile bond being separated. A long time later, the fair kid has found the ideal approach to make "companions," be respected by understudies and educators alike, and abstain from being singled out: keeping up a false identity as the "School Prince" while painstakingly concealing his factious, flippant disposition from the general population eye. Be that as it may, his tranquil - but mind-numbingly exhausting and to some degree forlorn - days are tossed totally lopsided when a couple of twins moves into his school.