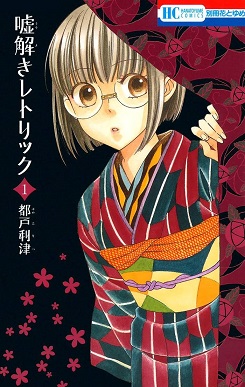 the story unfold on the first year of the showa era, where Urabe knaoko a girl that left her village as the people in it were too scared of her ability to decipher if someone is lying. they were so afraid that they ostracized her to the point where she had no choice but to leave, to a place where no one knew about her. she arrived the town of tsukumoya and by an accidental meeting with a detective which later she became his assistant, they both teamed up to fight the injustice. now how will kanoko new life turn out in this world full of lies? and will her ability be a curse or a gift?