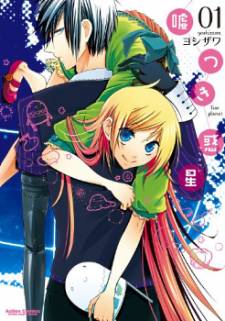 Chica is packed away to sleep in an escape pod, to avoid a deadly asteroid collision on earth. When she wakes up, however, she finds herself in the distant future, but still on Earth. Earth is now filled with strange creatures, like flying fish. She's being cared for in a dome by an android guardian named Roy and a maid android called Silvia. She also encounters a mysterious, friendly man with cat ears, named Oboro. All the future beings are fascinated with her, seeing as she's an 'original' human, but sometimes they forget about the limitations of human lifeforms. Will Chica be able to find a place in this strange new world?