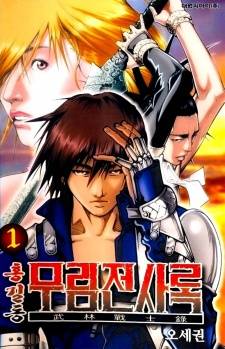 "Once there was a legendary kingdom called Yuldo, an ideal country in which peace and prosperity flourished for years. The heroic warrior Hong Gil-Dong created this Utopian land—and then suddenly disappeared without a trace. But time passed, and a band of ruthless warriors invaded the kingdom, leaving it in utter ruins... Now, Hong Gil-Dong has returned, determined to raise his village from the ashes. But evil forces lurk in the shadows, observing our hero's every move—waiting for the opportunity to strike down Utopia's Avenger... The nonstop martial arts action begins right here!"