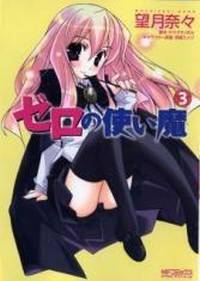 The Familiar of Zero, Zero no Tsukaima

The continent of Halkeginia is tumultuous--a place where the various kingdoms, princedoms, dukedoms, and fiefdoms strive against each other to expand their domains. They nobility scheme and plot among themselves to gain influence to their lieges or to even foreign lieges. In the middle of Halkeginia is the small but important kingdom of Tristein. The most notable fact about this kingdom is the Tristein Academy of Magic where nobility from all over the world come to study magic so they can become magi. Although friendships will form across national boundaries at this school, will they survive the politics and games of the world at large once they leave? Louise is a student at Tristein Magical Academy. She is known to be quite a screw up when it comes to her magic. One day, a ceremony takes place where each student is to call forth a being or entity that will become his or her familiar. For Louise, her familiar comes in the form of a boy named Hiraga Saito. Somehow, he managed to get transported from his world into hers, and shortly after became her familiar.